When the logging truck Bruce was working on fell off the jack across his midsection crushing him under the 10,000 pound axle, no one thought he would live.  As Bruce's spirit hovered above the scene, he saw 2 angels, one on each side of him, with their arms under the truck, keeping his body alive.  Two hours and 40 minutes later, he was finally taken into surgery where they discovered incredible damage.  No one could understand how he was still alive.

"God was always there in the background, wooing me and pulling me back to Himself..."

But Bruce knew that God had preserved his life for a reason.  Months of surgeries and problems brought him closer to the Lord and were a launching pad for going into full time ministry -something God had already called him to, but he ignored.

It was a long sanctification process that Bruce had resisted even prior to the accident. But God's calling and hand was upon him. Slowly and surely, he was pruned and moulded into who God has called him to be.

"Every branch in Me that does not bear fruit He takes away; and every branch that bears fruit He prunes, that it may bear more fruit." - John 15:1-3

In July of 2008 he released a book, "Saved By Angels". Doctors have declared him a miracle and cannot find another person who has lived with the same injuries.  Bruce told his doctors that he knew why he was alive, God stepped in and saved his life twice, so that he could tell others how real and loving God is! 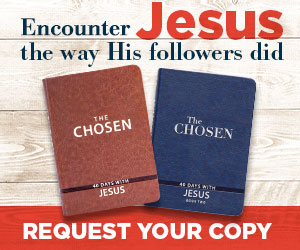